Where Majesty, History and Industry meet...Unforgetable....Unalaska

The City of Unalaska is 800 air miles southwest of Anchorage and 1,140 miles from Seattle. Located on the islands of Unalaska and Amaknak, the City of Unalaska is in the heart of the Bering Sea and is one of the United State's most productive commercial fishing ports with pristine vistas and rolling green hills, accentuated by active volcanoes.

The island of Unalaska is approximately 80 square miles in size with an elevation as high as 6,680 feet at the top of Makushin Volcano. The Port of Dutch Harbor, which is part of the City of Unalaska, is located on Amaknak Island and is connected to Unalaska by a bridge. The population of the City of Unalaska is about 4,300, representing a variety of ethnicities and cultures, which include Unangan, Eskimo, Filipino, Pacific Island, African-American, Russian, Hispanic and European. The population triples between August and May due to the arrival of commercial fisherman.

Temperature The climate tends to be moderate. The winter temperature ranges between 21 and 40 degrees Fahrenheit, and the summer temperature ranges between 45 and 66 degrees. Seventy-two inches of snowfall is typical for our winters. Because of the relatively warm winter temperatures, the snow typically does not stay on the ground for long. Possibly the most difficult element of the weather is wind, wind speeds have been clocked at category 1 hurricane speeds. February is the coldest month with an average temperature of 31 degrees and August is the warmest month with an average temperate of 56 degrees. Precipitation remains fairly consistent at 48-50 inches per year.

The economic base of Unalaska/Dutch Harbor is the commercial fishing industry. About half the people in the community are directly involved and over 90% of the jobs depend on commercial fishing in some way, so finding a job here is rather easy. A vital segment of Unalaska's business sector is service, repair, and maintenance to the more than 600 vessels including trawlers, long-liners, crab boats, cargo ships, floating factory processors, even the occasional cruise ship, plus service to on- and off-shore based processors. Three shore-based processors that handle cod, Pollock, halibut, sablefish, salmon, king crab, and tanner crab are the leading employers. The working populations increase by thousands during the major fishing season impacting the economy in general.

Schools Unalaska City School District operates the schools that serve the community. With a current enrollment of 450 students in grades Preschool to 12, the District has two facilities. In December of 2001, a new, state-of-the-art elementary school opened its doors to preschool through fourth grade students. Unalaska City School is ranked among the first in the State in academic achievement tests, and has a record number of students passing the statewide High School Exit Exam. In 2001, Unalaska City School District was the only district in the state to be chosen by an education-based magazine among the top 100 School Districts in the nation. Educational opportunities do not stop with the public school system in Unalaska. The University of Alaska Aleutian / Pribilof Rural Center offers internet courses, audio courses, and locally taught classroom courses for credit, and awards a two-year Associate of Arts degree.

Services The city has health clinic operated by the Iliuliuk Family and Health Services, Inc., a non-profit corporation formed in 1972. The clinic serves the community of Unalaska, the fishing fleet of the Bering Sea, and residents of neighboring islands. Medical emergencies are treated first at the clinic and, if necessary, flown to one of two hospitals in Anchorage for further treatment. The clinic is staffed with four practitioners, including two full-time doctors, three full-time nurses, two technicians, and two mental health counselors.

The City operates a recreation facility that includes a full sized gym, an indoor track, racquetball courts, a weight room, an aerobics room, exercise equipment, a ceramics room, a teen room, and a childcare room. Located in the school but operated by the City is an aquatics facility that includes a very busy standard sized pool, a sauna, and a weight room. The Parks, Culture, and Recreation Department of Unalaska organizes year-round indoor basketball and volleyball leagues, swim classes, water aerobics, dances for teens, movie nights, community garage sales, Easter egg hunts, and countless community activities that vary through the years. Outside activities include softball leagues, hiking, half-marathons, triathlons, an annual run up Mount Ballyhoo, the Polar Bear Run, and a variety of other community-oriented activities.

In August of 1999, the new Museum of the Aleutians opened its doors to the public. With its active archeological dig and history making finds, the mission of the Museum of the Aleutians is to preserve and share the human history that tells the story of the 9,000 years of the history of the Unangan people on this island. The same year, the new public library also officially opened its doors with a collection of the traditional hard-bound books, paperback books, videos, audio books, and eleven computers for public use.

Churches  Aleut and Russian heritage is prevalent in Unalaska. The City of Unalaska is perhaps most recognized by the 'onion' domes of the oldest Russian Orthodox Church in North America, designated as National Historic Landmark. Originally constructed in 1825 then renovated and enlarged in 1896, the historic Russian Orthodox Church of the Holy Ascension of Christ, which overlooks Iliuliuk Bay, has stood on the island through harsh weather and the Japanese attack on the Aleutian Islands in 1942. The small church has a parish of about 150 members, mostly Aleuts, and houses a private collection of the largest display of Russian artifacts, religious icons and art pieces in the state. Unalaska also has active congregations in St. Christopher by-the-sea Catholic Mission, Unalaska Methodist Church, the Unalaska Christian Fellowship, the Church of Jesus Christ of Latter Day Saints, and the Ba'hai Faith.

Attractions Fascinating WWII ruins can be found on this small island, as well as the most breathtaking sea life in the world. One of the major attractions to this island are the many ruins still remaining from WWII, like bunkers and pillboxes. On June 3 and 4, 1942, Unalaska was the first in a series of four Aleutian Islands attacked by the Japanese, followed by Adak, Attu and Kiska. Captain's Bay is home to the 'U.S.S. Northwestern', a military boat that was bombed by the Japanese during WWII and part of the ship's hull is still visible above the waterline. There is also Memorial Park and a WWII monument built in dedication to all the people who lost their lives and to the Aleut people who suffered internment in WWII.

Wildlife viewing is usually done from the water in this area of the Aleutian Chain; it's possible to view Steller sea lions, killer whales, gray whales, seals, sea otters and porpoises. Aside from land and sea life, birders will be thrilled to see one of the most heavily populated eagle habitats in the world with literally hundred of eagles, including bald and golden, which live on the island. Bird viewing is a popular pastime as over 63 varieties can be found here including the peregrine falcon, raven, rosy finch, Lapland song sparrow, ptarmigan, tufted and common puffin, king eider, harlequin and cormorant.

As in most of Alaska sportfishing is a popular pastime of residents and visitors alike. We do have 5.8 miles of paved road and 44 miles of unpaved roads, and more paving projects are planned for the near future. Hiking along the miles of World War II road and trails once traveled by ancient peoples allow Unalaskans the opportunity to get away from it all by wandering through history that is hidden in the most exquisite beauty nature has to offer. Or, soft adventure enthusiasts can take advantage of mountain biking, kayaking, flight seeing and hiking around the island; you'll experience a part of Alaska you never before imagined. All this awaits you at the island of Unalaska/Port of Dutch Harbor, the land where majesty, history and industry meet.

By Plane
The Unalaska Airport, at the Port of Dutch Harbor, is served by Ravn Alaska partnered with Alaska Airlines. Non-stop flights arrive on the island daily from Anchorage.

The Unalaska/Port of Dutch Harbor Convention and Visitors Bureau 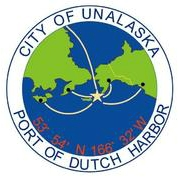 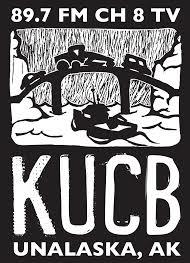